Does Infidelity Affect the Outcome of the Divorce? 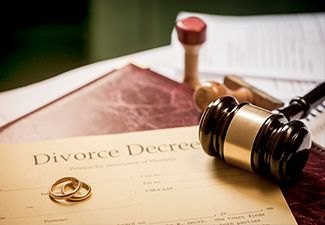 While many states allow no-fault divorces, where couples agree that irreconcilable differences prevent the marriage from continuing, Tennessee is a fault state, generally meaning that a reason must be given for the divorce.

If one of the spouses has been cheating on the other, then infidelity can certainly become a ground for divorce. Beyond being a “fault” that can end a marriage, how does infidelity figure into the consequences of divorce in areas such as alimony, custody, child support, and visitation/parenting time issues?

If you are considering or in the process of divorce, or have been served papers in or around Kingsport, Tennessee, contact Steven C. Frazier, Attorney At Law, to discuss your next steps and weigh all your options. Family law attorney Steven C. Frazier proudly serves clients in Kingsport, Church Hill, Johnson City, Bristol, and anywhere in Northeastern Tennessee.

Though Tennessee is a fault divorce state, meaning that you must show a reason for the end of your marriage, a form of no-fault is available. One of the reasons for “fault” divorce can be irreconcilable differences. To get a divorce on these grounds, both spouses must agree that it is the sole reason, reach a divorce agreement among themselves, and get the mutual settlement approved by the court.

If a couple disagrees on the settlement, then Tennessee law specifies 15 grounds of divorce, including impotence; bigamy; infidelity, a conviction for crimes; habitual drug or alcohol abuse; cruel and inhuman treatment; abandonment without support; and more.

If you want to pursue a divorce based on infidelity or any other fault-based reason, you must go to court and provide admissible evidence of the fault. Given this often-high bar of proof, it can be less costly and quicker to hammer out a divorce settlement between the two of you and move forward with a no-fault, irreconcilable-differences approach.

How Infidelity Affects a Divorce

Generally speaking, in Tennessee, alimony is generally awarded to help one spouse approximate the lifestyle they were accustomed to or allow the spouse to get the job training or education necessary to secure a better financial future. In making an award of alimony, the court will consider 12 factors. The next-to-last factor is “each spouse’s fault in causing the divorce.” Here, infidelity could certainly weigh in.

Other areas of a divorce judgment are not directly affected by a spouse’s infidelity. Tennessee law prohibits judges from considering adultery when dividing property; however, the court may order the unfaithful spouse to reimburse the innocent spouse for money spent on hotels, trips, or gifts to the paramour.

However, the court will also consider the best interests of the child. If one parent’s affair might jeopardize or threaten the well-being of the child, the court might limit or deny custody to that parent. Here, the court would have to conclude that the spouse is unfit or too dangerous for the child to be around or that the circumstances of the affair are detrimental.

When Does Alimony Terminate?

Alimony awards are often temporary but sometimes can be permanent. The recipient generally will receive the payments from the other spouse during the defined length of the award or upon the death of one spouse.

However, if the recipient spouse remarries or moves in with another, the alimony payments can be stopped. Remarriage automatically ends the obligation on the part of the paying spouse, who can cease paying immediately. Cohabitation creates a legal presumption that you no longer need the alimony, and the other spouse can file a motion in court to terminate the alimony.

Divorce is a time of great stress and emotion, but it’s important to obtain solid legal advice before making any decisions. What you decide can affect you for the rest of your life, so you want to make sure you’re protecting your legal rights and interests when getting a divorce.

If you’re in or around Kingsport, Tennessee, and in neighboring communities like Church Hill, Bristol, or Johnson City, bring all your divorce issues to Steven C. Frazier, Attorney At Law, who will provide you with personalized, compassionate legal counsel and guidance.

Finding Hidden Income & Assets Does Infidelity Affect the Outcome of the Divorce? Common Misconceptions About Divorce Your Life After Bankruptcy