For Guidance in a

CALL TO MEET WITH ME TODAY 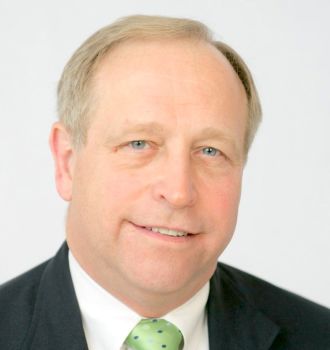 I am a lawyer who has been practicing since May of 1980. From then until October 1, 2010 my office was in Church Hill, Tennessee when I moved to my present location. For a brief period of time I had a partner and a one time I had another lawyer working for me. Other than that I have been in the solo practice of law

Being from a relatively small area my practice has for the most part been fairly general. Meaning that I have handled a wide range of matters, both civil and criminal, in my career. For that reason it is difficult for me to limit a description of my practice to two or three areas of the law.

For several years a majority of my practice consisted of closing residential real estate loans. I have also been involved in the closing of major commercial loans. This meant that i had to be involved with real estate and the titles to real estate. Because of this and the fact that i enjoy real estate matters, I have become very competent in real estate law.

Over the last few years my practice has drifted toward family law and bankruptcy or consumer law. I have always handled family law matters, including divorce, adoptions, parentage, child support and all other matters included under the heading family law. In fact, I have a special fee for certain divorce matters. As well I have handled bankruptcies since the early days of my practice. That part of my practice has grown although the mix between Chapter 7s and Chapter 13s varies from time to time, I do both. It gives me great pleasure to save people's houses from foreclosure.

Isuppose it is somewhat natural for clients to feel comfortable with me when it comes to these types of legal matters. That is because by being in business for myself I have experienced all the economic ups and downs and can relate to their problems. As to family law I have been through all the ups and downs any family can go through, including divorce.

Probably the foremost reasons people relate to me is that I am straight forward and I am from the area. I was born in Kingsport and was reared in the Carter's Valley area of Hawkins County just north of Church Hill. Having attended local schools, I graduated from Church Hill High School in 1972. From there I went on to The University of Tennessee, where I graduated in 1976 with a bachelors degree in business administration.

After college I came home to manage my father's building business for a year and a half. Then I went to law school. I graduated in December 1979 and passed the bar in February 1980. Between the time I took the bar and I learned the results, I prepared to open my practice.

Being a civic minded individual I became a member of the Church Hill Jaycees almost immediately after I graduated college. The Jaycees were very active and I held every position of leadership in the club. They sponsored the building of an apartment complex in Church Hill to provided affordable housing for young couples in the area. We developed the first park in Church Hill. It is now known as Jaycees Park. At Christmas the club sponsored a Christmas party for the less fortunate children in the area. This was at a time when non of the churches were doing this type of thing.

I am proud to say that I was able to keep this project going even after our Jaycees club lost its charter. One year was with the help of some men from Tennessee Eastman. Then I convinced the Baptist Men's group at my church, First Baptist Church of Church Hill, take on the project. I then chaired it for several years. Although in a somewhat different format, the project is still going and I would like to think prompted other churches and organizations to take on similar projects.

I have been a member of the Kiwanis Club of East Hawkins County (formerly Allandale) almost since its inception in the fall of 1979. My membership dates from March 1980. Again I have held ever office in the club, having been the President for several years. Although our club is now small in number we are very active. The Key Club (high school students) that we sponsor is one of the best in the country. We raise money for St. Jude and the Salvation Army along with contributing to our local youth.

I am a graduate of the Max Gardener Bankruptcy Bootcamp. It is a five day intensive study about how to assist debtors in bankruptcy achieve the most from their bankruptcy case, including ways to enforce the various rights of the debtors that are not usually taken seriously by other bankruptcy attorneys.